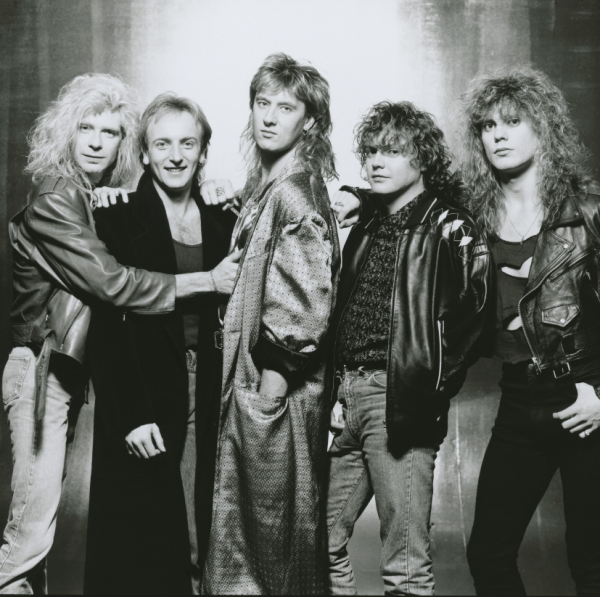 Today we take a trip back to 1983 to the third album by Def Leppard called “Pyromania”, which is considered one of the best metal albums of all time.

During the recording of “Pyromania”, the band fired original guitarist Pete Willis for excessive alcohol abuse and replaced him with Phil Collen, who was in the band Girl, at the time. The album sold over 10 million albums in the U.S. alone and hit #2 on the Billboard Top 200 and #18 on the UK albums chart.

“Photograph”, “Foolin’ and “Rock Of Ages” hit the Top 40 charts and received heavy airplay on MTV. Long time producer Robert John “Mutt” Lange, who had a reputation for being a perfectionist helped drive the band to create an album that was highly influential and definitely a classic. The lineup for “Pyromania” includes: Joe Elliott – vocals, Rick Savage – bass, Phil Collen and Steve Clark – guitars and Rick Allen – drums. The track listing for “Pyromania” is as follows:

Def Leppard are still recording and touring today and have been able to remain strong despite some huge tragedies since forming in 1977, including the death of Steve Clark, Rick Allen losing his arm in a car accident and bassist Rick Savage being diagnosed with Bells Palsy.

CHECK OUT THE CLASSIC VIDEOS BELOW: