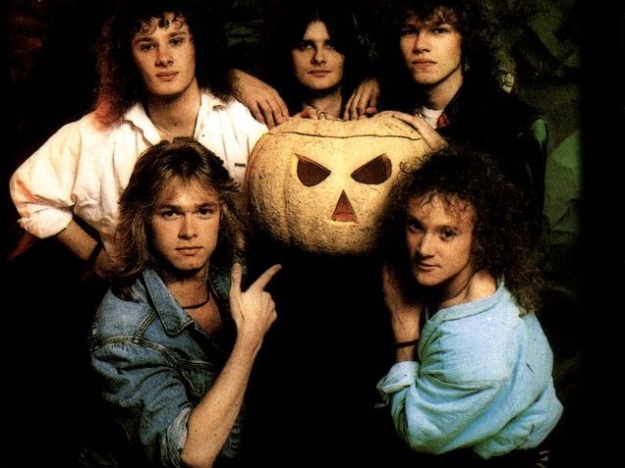 Happy Friday Metalheads!! Hope you had a great week! Even though Halloween was yesterday, let’s keep the spirit alive with a trip back to 1987 to the Keeper of the Seven Keys, Part 1 album by German power metal band, Helloween for the track, Halloween.

The song that appears on the album is over 13 minutes long but was edited down to a little over 5 minutes for the music video which appeared in heavy rotation on MTV. This was the first Helloween album with vocalist Michael Kiske and is considered to be the album that launched Helloween to fame. The lineup for the Keeper of the Seven Keys, Part 1 includes: Michael Kiske – vocals, Kai Hansen and Michael Weikath – guitars, Markus Grosskopf – bass and Ingo Schwichtenberg – drums. Sadly Ingo, who was fired from the band committed suicide in 1995, after years of battling mental illness.

While the band has undergone various lineup changes, they recently performed at Rock and Rio this past October along with former members Michael Kiske and Kai Hansen.

Check out the original video below: