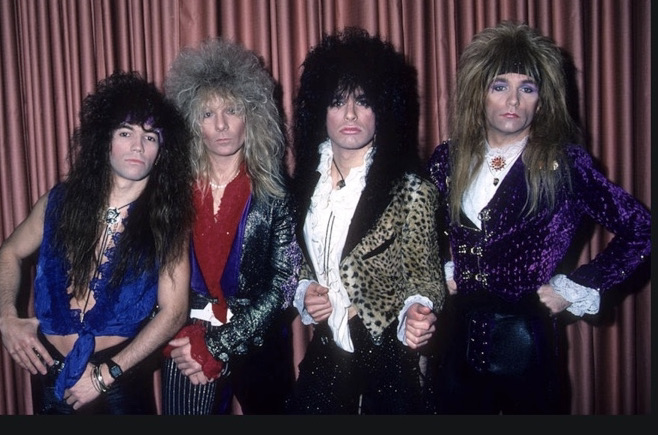 Happy Wednesday Metalheads! Hope you’re having a great week so far. Today we’re going to take a trip back to 1988 to the self-titled debut album by Britny Fox for the track “Girlschool.”

The song received substantial airplay on MTV and was written by then singer “Dizzy” Dean Davidson.  The song, Davidson has said in interviews was inspired by the Paul McCartney and Wings song, “Mull of Kintyre.” The popularity of song and album helped Britny Fox to book opening act slots on tours with Warrant and Poison and the album hit #39 on the Billboard Top 100 chart in 1988.

80’s lingerie/video model Kim Anderson also appears in the video as the main student who is listening to her walkman when she walks into class. Anderson has appeared in several music videos and even guest starred on an episode of “Married…With Children.”

Britny Fox disbanded for awhile in 1992, but reformed with original bassist Billy Childs, Johnny Dee on drums, Chris Sanders – guitar and singer /guitarist Tommy Paris. Their are plans for a new album, but no tour plans at the moment.

CHECK OUT THE VIDEO BELOW FOR GIRLSCHOOL