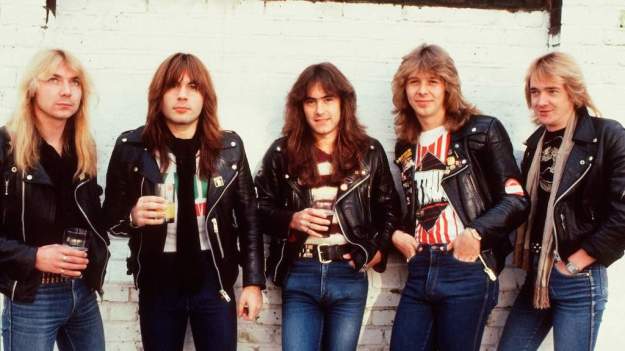 Happy Friday Metalheads! Hope you’re having a great week. Today we take a trip back to one of the most classic songs by Iron Maiden from their third studio album called “The Number of the Beast’ for the track “Hallowed Be Thy Name.”

The track written by Steve Harris documents a prisoner being hanged for his crimes. This is one of Iron Maiden’s most popular songs and a concert staple because it’s one of the band’s favorite songs to play live. “Hallowed Be Thy Name” is also one of the most covered songs in their catalog with versions by Cradle of Filth, Iced Earth and Dream Theater to name a few.

The band were sued twice over a section of the lyrics that were taken from the British band Beckett’s 1973 song “Life’s Shadow.” Both cases were settled out of court for an undisclosed amount.

The song reached #9 on the UK music chart and #16 on the Irish music chart. Iron Maiden also re-recorded it for use in the UK on Channel 4’s 2007 series “Live From Abbey Road” as well as a version for BBC Radio which was used as a B side on the single of “The Reincarnation of Benjamin Breeg” from the “A Matter of Life and Death” album released in 2014.

Check out the original album track as well as a live version at Hammersmith Odeon in the UK from 1982 while the band were on the “Beast on the Road” tour for the album.

HALLOWED BE THY NAME  – ALBUM VERSION