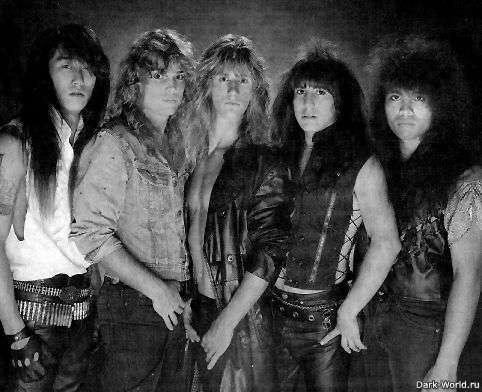 Happy Friday Metalheads! Hope everyone is doing well and staying safe. Today we take a trip back to 1988 to a band from Los Angeles, CA called Heretic and a track off their first full-length album, “Breaking Point” called “Enemy Within.”

Heretic founded in 1985, made their debut on the Metal Massacre, Volume 7 compilation released in 1986. After a few band lineup changes, vocalist Mike Howe, who later went on to sing for Metal Church released “Breaking Point” on Metal Blade Records. The song “Enemy Within” is a self explanatory title about being your own worst enemy and letting your conscience get to you.

Shortly after the release of “Breaking Point”, Heretic broke up due to Mike Howe’s departure, but reformed in 2011 and released, “A Time of Crisis” in 2012. Metal Blade released a 3 CD box set in 2013 which contains “Breaking Point”, their “Torture Knows No Boundary” EP, bonus tracks and a live DVD which features footage from shows performed in 1985 and 1986. The band released their third studio album “A Game You Cannot Win” in 2017.

CHECK OUT THE TRACK FOR “ENEMY WITHIN” BELOW